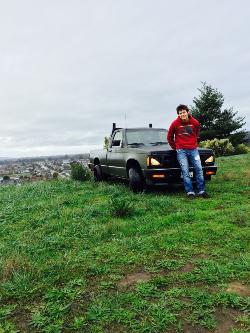 Dalton is the son of Schulyer Schoell. In his free time he likes working out, working on his drift truck project, and hanging out with his friends. He plans on entering the United States Army right after graduation. Dalton’s goal is to become an Airborne Ranger 13 Fox. After his time in the service, he would like to start working as a mechanic and eventually run his own shop. Of his experience at AR, Dalton says, “It has been wonderful. I’ve met lots of cool people and made good friends. All around AR has helped me to become a better person.” Dalton has earned 18.5 college credits so far.